skip to main | skip to sidebar

If the shoes fit 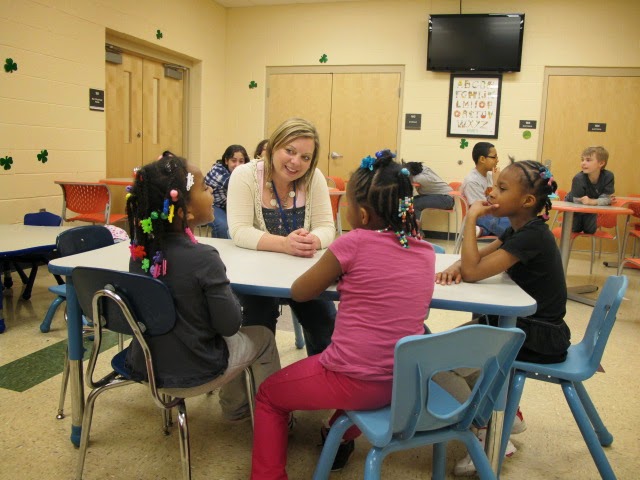 Familiarity breeds contempt. It may be good advice in some relationships, but maybe not if you are a new boss.

When Eric Strickland was hired as the new executive director of Riley Area Development Corporation a little more than a year ago to replace a longtime leader, he didn’t come in cold. As a former board member, he was familiar with the operation. He knew the staff. He knew what to expect. It was a comfortable fit.

“When I came in to step into the shoes, they were really the right size. I knew a lot about the history, how that leader led and understood it,” said Strickland, who heads the 37-year-old nonprofit organization that aims to improve housing and development opportunities in neighborhoods near downtown.
With predictions in 2007 that a demographic shift might see 50 to 75 percent of current nonprofit leaders moving on, a number of new leaders will likely be entering the scene, often replacing established directors and facing a new set of technological and cultural challenges.

Strickland had a built-in advantage, perhaps, in Riley’s transition to new leadership, but he didn’t rest on that advantage or take it for granted.
Early on, he and the former leader spent time reviewing two- to three-year projects’ directions and tying up ends.
He also believes it’s good practice for a nonprofit’s board to provide a road map for the first 100 days, in addition to the new leader having a plan.
“You should have a 100-day plan by staff and board that just really interlocks with yours. An organization that’s running for a long time has some board-driven expectations.”
Barbara Stuckwisch has been at the helm of Safe Sitter for less than a year. She believes replacing a longtime leader adds a layer of complexity. She also cut her teeth on the job by working side-by-side with the departing leader.
“The two of us worked together through my orientation period for those two weeks. That was a great opportunity that not many new executive directors get,” said Stuckwisch, a lawyer, who came to Safe Sitter last December.
The same was true for Susan G. Komen’s Natalie Sutton.  Before she was hired, she spent time with Komen’s outgoing leader where she learned the nitty-gritty of the organization. When she walked into her final interview for the job, she had her questions answered. Once on the job, she also spent a transition period with her predecessor.
Children’s Bureau CEO and president, Tina Cloer, had a working relationship with the agency. When her previous employer, Adult and Child Mental Health Center, transitioned a program to the Children’s Bureau over a decade ago, she was the negotiator.

“I spent several months working with Ron Carpenter and Janice Klein to work towards transitioning that program over and do due diligence and all those things,” she said. “I was fortunate to have some understanding of the agency, although it was an outside look. “
All agreed, road map or not, a new director needs clear direction and clear expectations, and also must quickly articulate a vision so that employees have a reason to follow. Additionally, an organization’s strategic plan is an important tool that clarifies a nonprofit’s direction.
Having a plan, though, is not enough. Strickland says the key is to use it. “If you are a new leader and you’re taking a board resolution for approval, starting a project or starting an initiative, reference that strategic plan. It sets a culture.”
Before Cloer took the reins, she and a key staff member co-authored a proposal that would allow them to craft a strategic plan. Successful in securing a grant, she was able to hire a national consultant, and in her second month conduct a full portfolio analysis of all 92 cost centers, a process that included board and staff.

“I think it definitely would have taken me a long time to figure everything out, put it all together. We were able to do the portfolio analysis right at the beginning of my time here,” Cloer said. She also offered a math workshop in her first three weeks, a course that continues for new employees. “I came from Mental Health Center, everything we did was fee for service. Social workers aren’t wired that way.”  Cloer trained as a social worker with an MBA sees the need for both.

Organizations cannot be stagnant, said Stuckwisch, they have to change because the world around is changing. Spending time learning about the organization and its history, though, gave her the foundation to lay out Safe Sitter’s future programming.
And change is something Cloer understands. While the Children’s Bureau has been around for 163 years, during her predecessor’s tenure, it had become a statewide organization, inheriting programs along the way. What she found when she arrived nearly two years ago was that it hadn’t taken the time to embrace its new identity.

“I don’t think the agency fully dealt with the growth and being statewide and they needed to be pulled together. Not that every office needed to be the same, because they’re not the same, they reflect their communities. But they needed an identity, as Children’s Bureau, as a whole and to know what that meant -- that we were going to share resources, we were going to share successes and joys,” said Cloer.

Both Sutton and Cloer addressed efficiency issues early in their tenures. At Komen, Sutton reestablished some forgotten processes and Cloer found that she had to invest heavily in technology in her first six months. She bought laptops so her staff could write their reports on site, which is best practice.
Strickland, too, knew that Riley’s legacy had had significant growth, and he had to adjust to that growth.
“You get used to doing things at the early scale, maybe 10 years ago, when let’s say you owned 30 apartments, and you know everybody who lives there, and now you have 300.
“We had to learn how to work beyond the initial 35 years,” said Strickland. “As a nonprofit, we’ve focused on an area, and we were very successful with Mass Ave. How do we use that? What is left to do here? One of our successes was we created a lot of small business opportunities, but those small businesses really have more potential. So how do we help them grow beyond this boundary.”
For all, the biggest challenge was to recognize that building and managing relationships needed to be a priority.
“Relationship building helps translate your dreams and the service you want to do for your community into action,” said Cloer. “You know it’s so funny ‘cause I was so nervous about addressing the whole development piece of things because the language was so foreign to me. But I know how to do relationships and so it’s come to me way more naturally than I thought it would be. It’s actually fun because it’s fun to see people in the for-profit world get excited about what we do.”

Posted by Charitable Advisors at 7:46 AM